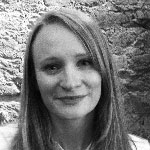 Tess is a director of LAS. She has worked in a learning environment for over twenty years. First, as a senior manager in universities, moving into digital learning ten years ago.

By Tess Robinson
Posted 5 June 2020
‍
I’ve noticed more and more that people are starting to talk about growth mindset in relation to work and learning. For people with school-aged kids this probably isn’t an entirely new concept. The power of ‘not yet’ has been used in schools for a while now. It’s a relatively recent addition to the corporate vernacular though.
‍
Carol Dweck, a Stanford University psychologist, first came up with the idea that is not just our innate abilities and talents that bring us success but whether we approach our goals with a ‘fixed’ or a ‘growth mindset’. Most of us have a mixture of the two types of mindset. I am certainly guilty of believing I can achieve some things through hard work and effort and that some things will always be out of my reach. To a certain extent it’s true that I won’t achieve some ambitions, as I may be limited by my circumstance or physiology - I’ll probably never become a contortionist for Cirque Du Soleil for example, as I just don’t possess that level of physical flexibility. However, if you’d asked me three years ago whether I would ever run a marathon I would have laughed in your face, but that’s just what I’m planning to do in the future. I haven’t just gone from a standing start straight to running 26.2 miles, I have taken small steps towards my goal – doing a 5km parkrun, a 10km race, a half marathon and it’s taken a while. The thing which really makes a difference though is that I BELIEVE I can cultivate my fitness and ability so that I can achieve that goal. I no longer say ‘I can’t run a marathon’ but ‘I can’t run a marathon YET’.
‍
How does this relate to work? The current corporate obsession with talent can stifle a growth mindset. It can make it difficult for people to do anything which threatens the image that they have innate skills and talent, for example admitting mistakes and taking remedial action. In Carol Dweck’s book, Mindset, she talks about an experiment that psychologists Robert Wood and Alan Bandura did with graduate students. Their students were given a computer-simulated furniture company to manage. One group was given a growth mindset. They were told that management skills were developed through practice and that the task would give them the opportunity to cultivate these skills. The researchers found that this group were far better at learning, taking feedback to alter strategies and correcting mistakes. They became better at the task, better at understanding and motivating their workers and much more productive. The group that were told that the task would measure their basic underlying capabilities (a fixed mindset) faired much worse, as they were not able to profit from their mistakes, rather they hid them or gave up.
‍
It takes practice to cultivate a growth mindset but encouraging this amongst your employees could really be a game-changer and learning has a key role to play.
‍
1. Present skills as learnable. This may sound like a no-brainer, but it’s important to be explicit in this to set up a growth mindset in your learners at the start of the learning.
‍
2. Allow for failure in your learning. With a growth mindset, failure is not seen as an end-state but instead as a learning opportunity. The language around it is important. Instead of saying ‘you failed’ try saying ‘ you haven’t succeeded with X yet’.
‍
3. Reward effort, not just getting it right first time. Encourage repetition of the learning that you really want to embed. Show that your organisation values learning and perseverance, not just ready-made talent.
‍
4. Make use of collaborative learning or work in teams. Growth mindset is an individual state of mind but in cultivating a growth-mindset culture you cannot focus on individuals working in isolation. This is particularly interesting when it comes to leadership. A fixed mindset can lead to leaders believing in their inherent superiority, and can stifle their development, whereas a growth mindset does away with the idea that the higher up the hierarchy you are, the smarter you are. It puts aside ego in order to break down barriers and enable people to work more effectively with each other because they all believe that they have something to learn from each other.
‍
5. People with growth mindset are more likely to search out opportunities. Give them chance to apply their learning to a number of practice scenarios or real-world situations so they can see the ways it can be used and ask them to think of their own examples  of areas where they could apply their learning as well.
‍
6. Growth mindset encourages people to stretch themselves and push beyond their comfort zones. Allow for exploration of areas outside their immediate sphere and don’t be afraid to make some of the learning more challenging.
‍
Adopting a growth mindset has been shown to make people more creative, more resilient and even happier. It gives agency back to the individual but it’s real power is when it becomes part of the organisation’s culture. Failing fast, being able to persevere and pivot where necessary are synonymous with growth mindset. These things are the building blocks for agility which are so badly needed to operate effectively in a fast-changing, ambiguous environment. If you can do that with perseverance, without fear of failure and as an effective team who are open to all opportunities then you’ll be much more likely to succeed and thrive. 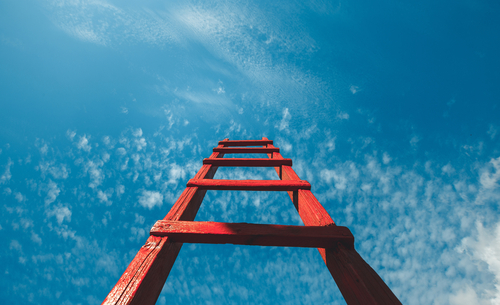