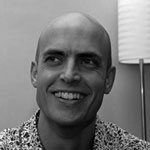 Turning the supertanker - how largecompanies can innovate

It has been our great privilege to work with some of the largest companies in the world on some of their toughest challenges and greatest opportunities. I thought I perceived a linear inverse relationship between their size and ability to innovate; it appeared to me that the bigger the company the less agile and innovative it was able to be. Internal structures became overly complicated, the levels of process and red tape grew exponentially.
‍
This seemed to make logical sense; smaller companies can be more nimble and responsive and therefore more innovative. We’d experienced this first-hand where working with an IT dept in a company of 12k employees was a case of having a coffee with Jane and telling her what you need. It’s not often this easy in larger companies. Large companies are like super tankers with huge inertia of forward movement – it takes a massive amount of effort to turn them and so they struggle to be agile.

However, we’ve now worked with some even larger organisations with several hundred thousand employees and my understanding of the relationship of size to ability to innovate has become more nuanced. It’s less about size and more about culture, structures and mindset. Here I’m going to share some of the approaches that we’ve seen work in large organisations to help them be more innovative. Note that these approaches are usually used in combination, not in isolation.

‍Set up an innovation team
‍A simple, logical approach is to set up a dedicated ‘Innovation Team’. Clearly this has some benefits; you can rapidly put a team in place and visibly start working on solving some of the organisation’s problems. You can recruit highly skilled people with track records of innovation and can look for innovators from within your organisation.

‍Cross functional innovation teams
‍Better than having a dedicated innovation team, is to form cross-functional teams to attempt to solve specific organisational problems. The ‘innovation expert’ takes the role of a facilitator in much the same way that L&D people now facilitate learning as the ‘guide on the side’ rather than the ‘sage on the stage’.

Cross-functional teams have the added benefit of encouraging ‘outsider thinking’ – this is where you engage with people who are not experts in the given field but from a related discipline. They know enough about the problem to contribute, however, aren’t constrained by established ways of thinking. Many great innovations have come from outsiders.

Take the example of Richard Drew. In the 1920s 3M sent him out to distribute sand paper for testing in auto body repair shops. He watched as the auto workers used paper and heavy duty surgical tape to mask off parts of a car for painting.When they came to remove the tape it would invariably pull off some of the newly-applied paint, leading to a great deal of swearing and the need to redo the job, costing time and money. Instead of thinking ‘What a great opportunity to sell more sandpaper!’ instead he saw the need for a tape that was just sticky enough to mask what you don’t want to paint, but that could be easily removed. Over the coming years Drew went on to invent masking tape, going against senior management’s wishes at times to do it.

‍Innovation clubs
‍These are away to capture ideas by encouraging them to bubble up from innovative individuals across the organisation. I know of a very large tech company who have an innovation club that any employee can join. The club meets for a couple of hours every few weeks so hobby innovators can work together on possible innovations. Members are encouraged to submit ideas for products, services or improvements to do with anything related to the company’s business, whether directly associated to their role or not. The ideas are reviewed by the innovation team, with many then having patents filed for them. Any that do, earn the inventor a £500bonus. A few good ideas a year can add up to a few £thousand extra in your wage packet. I like this, as it’s a ground-up approach to innovation and I believe that we’re all inventors at heart; the inquisitive primates that we are.

‍Open innovation challenges Increasingly, organisations are getting input from the outside by opening their problems up to the public to try and solve. There are innovation platforms that companies can use to anonymously post their problems for members of the public to try and solve. They get potential solutions from thousands of innovators and they typically offer prize money of around $100k to buy the IP of the best solution, so people are encouraged to have a serious go at solving it. Sounds unlikely that a company would do this so openly? Googling ‘Open innovation challenge’ returns over 250m results from companies like Samsung and Lego.
‍
Lego use Open Innovation as a way to invent new sets. On their Lego Ideas website members of the public can submit their designs for Lego models. If they get more than10k supporters for that design, Lego will evaluate it to potentially become available in the stores as set. Should this happen, the original design /builder makes some money. Not only is this a great way to engage with the thriving Lego builder community it also generates them thousands of new ideas every year.

‍Buy innovation
‍Another approach that some organisations take is to buy smaller companies, often startups, that have innovations or technology that the parent company wants.This again can be a quick win, however, care must be taken that what made the startup great to begin with doesn’t get diluted by the purchasing parent company’s culture. The founders of the startup stand to make a wedge of cash in the purchase, so they might be looking for an exit strategy, rather than sticking around to continue innovating.

One notableLMS vendor bought a social platform a few years ago which it integrated very successfully alongside it’s rather dated-looking Learning Management System (LMS).This allowed customers to build social learning sites via which users could access LMS content, so avoiding the clunky LMS interface. This bought them breathing space whilst they redesigned their LMSs user interface (UI). I would expect them to monitor which are the most popular features of the social platform with users and include them in their new UI – a smart way to buy in innovation.

Some organisations, however, buy emerging competitor companies purely to kill them off and neutralise the competition. Whilst this makes business sense it feels unethical to me – using money-muscle to swat a gutsy upstart that could improve the experience of the user means the user loses out. Better to up their game and build better products in response to the competition.
‍
In summary
‍So it seems that the ability to innovate is not a function of size, but one of approach. Very large companies can be highly innovative. This is encouraging; they were increasingly looking like dinosaurs; lumbering along, slow to adapt, vulnerable to changes in their environment and disruptive competition. Instead large organisations should take heart; if they can change the way they innovate, change their mindset and embrace an agile culture, they stand a good chance of thriving long into the future. 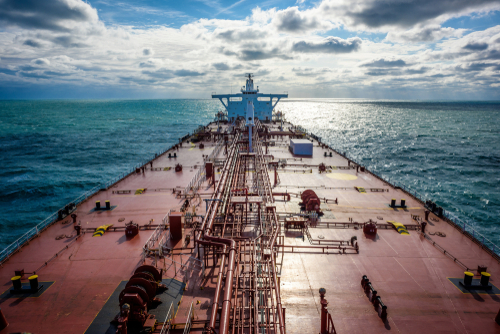